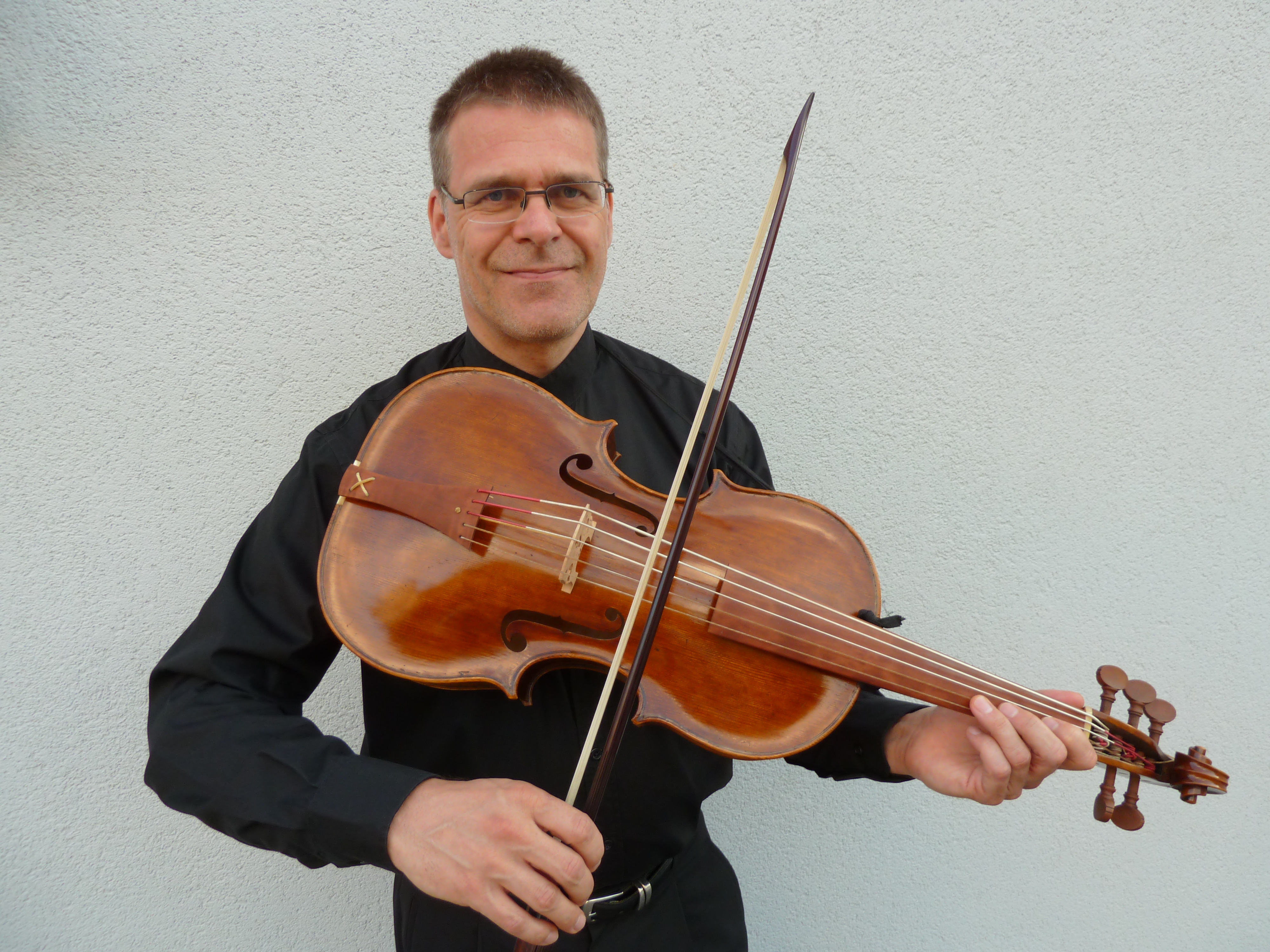 Volker Mühlberg studied violin at the Musikhochschule Hannover and later baroque violin with Thomas Albert in Bremen and Lucy van Dael in Amsterdam. He also attended master classes with Sigiswald Kuijken in Antwerp.

As a member of the “Auris Ensemble Aachen” he played in “Musical Labyrinths” (works of Bach+Kindermann), in “Stylus Phantasticus” (Buxtehude and contemporaries) and opened his repertoire to the music of the 20th century (Stockhausen: “Sternzeichen des Tierkreises”).

Besides the violin he also plays viola, viola d´amore and violoncello piccolo (on a reconstructed instrument from J.C. Hoffmann, Leipzig 1730 by André Mehler out of the collection of J. S. Bachs instruments).

Volker Mühlberg is also concert master of the “Neu=Eröffnetes Orchestre”, and a member of the “Johann-Rosenmüller-Ensemble“. He teaches violin, viola and chamber music at the University of Hildesheim and had a lectureship for baroque violin at the Hochschule für Musik und Theater “Felix Mendelssohn Bartholdy” Leipzig from 2003 until 2014.