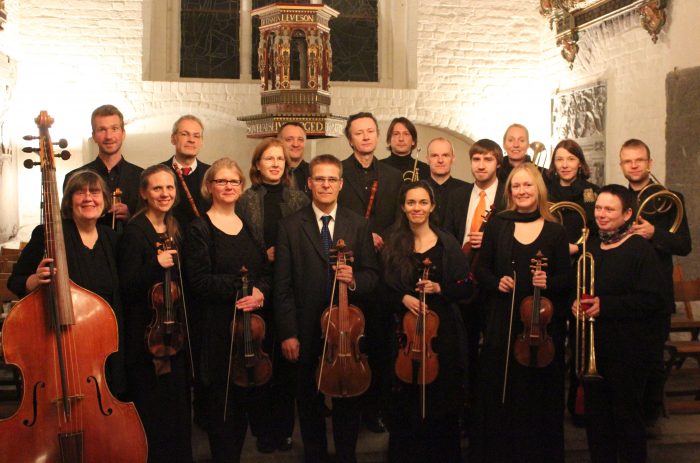 The baroque orchestra Concerto Farinelli was founded in 1992 by its concertmaster Volker Mühlberg. Its name patron is Jean Baptiste Farinelli (Grenoble 1655 – Venice 1720) who from 1680 held posts as Kapellmeister and concertmaster in Hannover.

The solistic Consort of the orchestra – Ensemble Farinel – performs chamber music of the baroque age.

Farinelli’s musicians perform on period instruments and their understanding and exploration of the early texts, treatises  and stylistic practices of the baroque period lead to lively and historically informed performances.

In thematic concert programs (for example: Fürstenhochzeit 1684) you will find exciting unknown works balanced with the more well known works of the 17th and 18th centuries often combined with dance and spoken texts.

Numerous concerts with well known chamber choirs such as Collegium Vocale Flensburg, Vokalensemble Aachen and Vokal Nord, Tromsø have been dedicated to religious music ranging from Monteverdi to Mozart. These performances have taken the orchestra from its base in northern Germany to the Rheinland, to the festival in Greifswald and on to the Vesterålen Islands and Tromsø in Northern Norway.